Spencer Lee, 2020's WIN-Magazine Hodge Trophy Winner, came out on fire this season and hardly let off the gas pedal throughout. We'll review some of the highlights of this season and take a look at Spencer's collegiate career thus far. 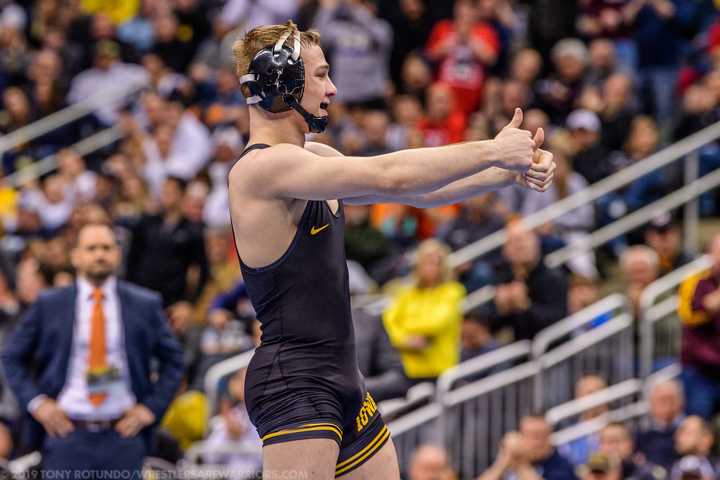 What I didn't realize or remember as I started putting together this article: Spencer's dominance and smothering wrestling style was there right from the start.

Dominance out of the Gate

As I started gathering Spencer's stats, beginning with the 2017-18 season, I was astounded. No one is scoring points against Spencer Lee. No one is getting out of the first period unscathed. At the UNI Open and the through the quarters of Midlands, Spencer had wrestled 6 matches with these results:

After taking a loss against Ronnie Bresser, Oregon State, at the Midlands, Spencer wrestled 7 matches in the Big 10 Dual Season and 1 Dual against Oklahoma State.

How does Spencer Compare to Shut-Down Corners in the NFL

As the dominance continued, I started looking for comparison examples from other sports. The best comparison I came up with was to that of the NFL Cornerback, specifically "Shut-down" corners. I think that is a fitting comparison even though a corner's primary focus is defense and wrestlers are obviously responsible for defense, offense, and special teams.

One stat I read described an NFL "Shut-Down" corner who had allowed an average of just 10 yards after the catch throughout a recent season. This type of play leads to turn-overs, your opponent making mistakes, and your team having more chances to score. I'd say that is a fair comparison to Spencer's approach to wrestling at the college level. He looks to shut you down, smother your attempts to score or gain any advantage, while capitalizing on all opportunities so that he can to score points of his own at a blistering pace.

Here's a quick overview of Spencer's Dominance by season.

**In matches wrestled. Spencer Lee had one win by forfeit.

Striking First and Opponent Offensive Points in the 1st Period

Pretty Good at securing the first points in a match and also at not conceding many (if any) offensive points to his opponents:

Scoring Quickly & Scoring on Top in the 1st Period

The first period is rough for Spencer Lee's opponents.

The Dominance Didn't End in the 1st

Here's a quick look at how Spencer started subsequent periods throughout his career:

Later Periods During the 2020 Regular Season

What About Spencer's Losses in his First Two Years

I found it significant that Spencer's only losses came in key tournaments to eventual All Americans.

2018 Lost to two All Americans

2019 Lost to two All Americans

But Don't Forget How Spencer has Shined at the NCAAs

I hate to write about the NCAAs for the 2020 Hodge Trophy winner, who didn't have a chance to finish out the season at that tournament. I also don't love the Hodge Trophy as much when it is only a regular season award -- the NCAA Wrestling Championships - a true national tournament (in most years) - is what makes the Hodge that much more awesome than the Heisman, which I wrote about in this article.

At the same time -- I don't feel you can't write about Spencer Lee's college career without talking about his impressive runs during his Freshman and Sophomore years at the D1 NCAA Wrestling Championships. So, here are few reminders about those runs.

I hope you enjoyed reviewing Spencer Lee's college career to date. Spencer has truly found ways to be smothering on top - he blankets guys on top like snow covers an entire landscape. Check out his 3DWS Stats for even more details. And, we wish Spencer continued success during his college career. 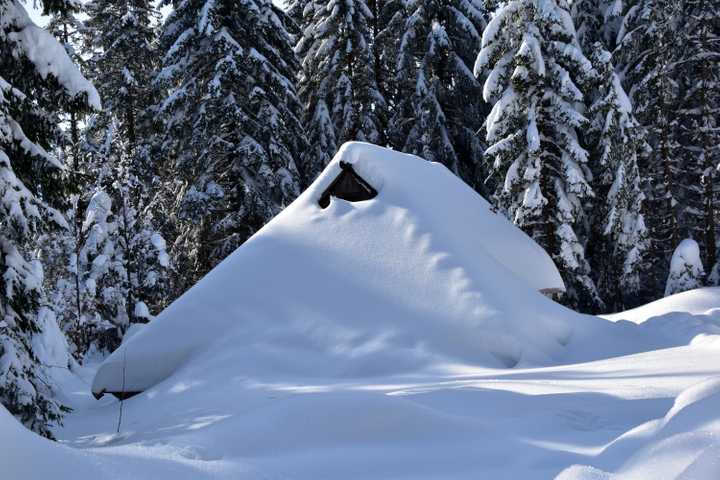 It's great to see the strengths and weakness for each wrestler in each wrestling position listed out in such an easy to read format. This along with the team scorecard makes it easy to know where to place our emphasis when designing practices and working with individual wrestlers.